Reflexology can be a good treatment choice for people who want to keep their clothes on during a massage. It is also a good choice if you are pressed for time and don’t want to get oil on your body or in your hair. The well trained therapists at Footworks can give you effective Reflexology therapy that will ease away all your stress and help you relax and rejuvenate after a physically or mentally taxing work schedule.

Reflexology has been practised in the United States since the early 20th century, and was called “zone therapy” in its earliest incarnations. It is based on the theory that the body is divided into ten zones running longitudinally from head to toe — five on each side of the body.Practitioners believe that pressure on reflex points on the foot or hand will affect body organs in the same zone.

In recent years, reflexology practitioners have begun to incorporate the acupressure techniques of Traditional Chinese Medicine (T.C.M.) into their work.Although reflexology is based on the theory of “zones” instead of T.C.M.’s theory of “meridians” or energy pathways, both treatments are based on the principle that working on specific points can bring about a therapeutic effect in other parts of the body.

How does Foot Reflexology work?

Reflexology works as the pressure techniques applied to the feet or hands interact as a part of the body’s nervous system creating: relaxation, improved circulation, exercise of the nervous system and the benefits of touch. Pressure sensors in the feet and hands are a part of the body’s reflexive response that makes possible the “fight or flight” reaction to danger. Feet ready to flee and hands ready to fight communicate with the body’s internal organs-think adrenal glands and adrenal to make possible either eventuality.

Reflexology, viewed as both a natural and complementary therapy, is based on the premise that there are “trigger points” or “pressure sensors” located in the feet, hands, ears and face that “reflect” or mirror and correspond with all body parts. By applying alternating pressure to these reflex points the reflexologist can activate the inner healing powers of the body so that it can begin to naturally restore itself to its own healthy balance, or homeostasis.

The art of Foot reflexology must not be confused with basic foot massage or body massage in general. It is believed reflexology can be effective in helping to reduce the effects and or symptoms of stress, back pain, anxiety, migraines, infertility, lack of sleep, restlessness or being overworked and other physiological changes in the body.

View all posts by Zaiba Abdullah 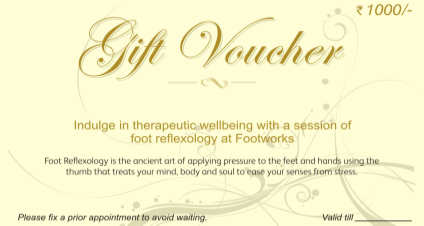